Promoting Irish History in Ulster since 1936

Our Lecture for 26 March has been cancelled due to Coronavirus concerns. We hope to reschedule for a later date 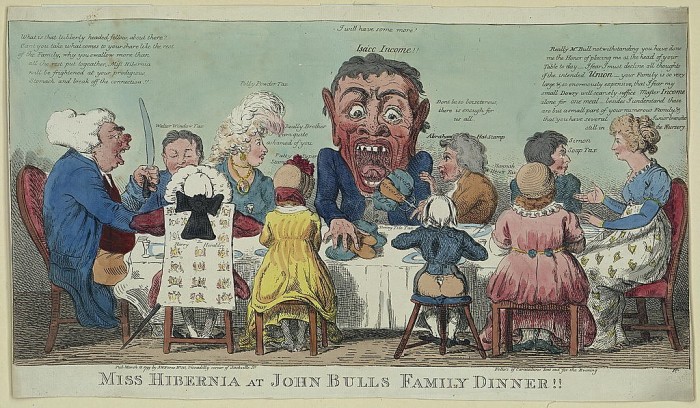 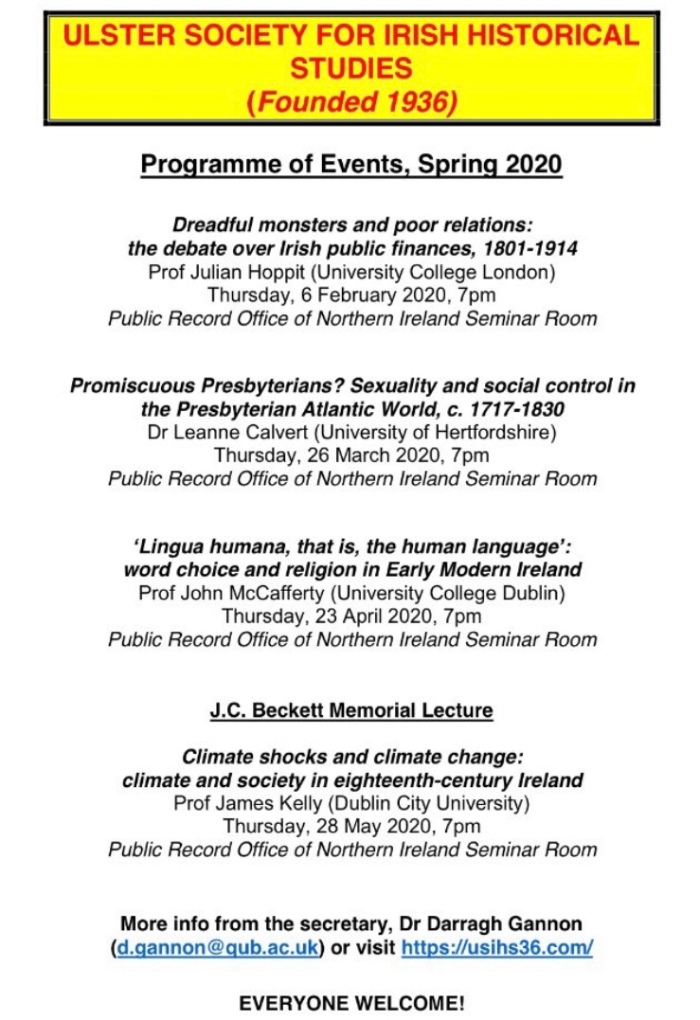 ‘Archival Medievalisms, Ancient Records, and Ireland’s Search for a Usable Past: Reflections on the Nineteenth Century from the Beyond 2022 Project’ 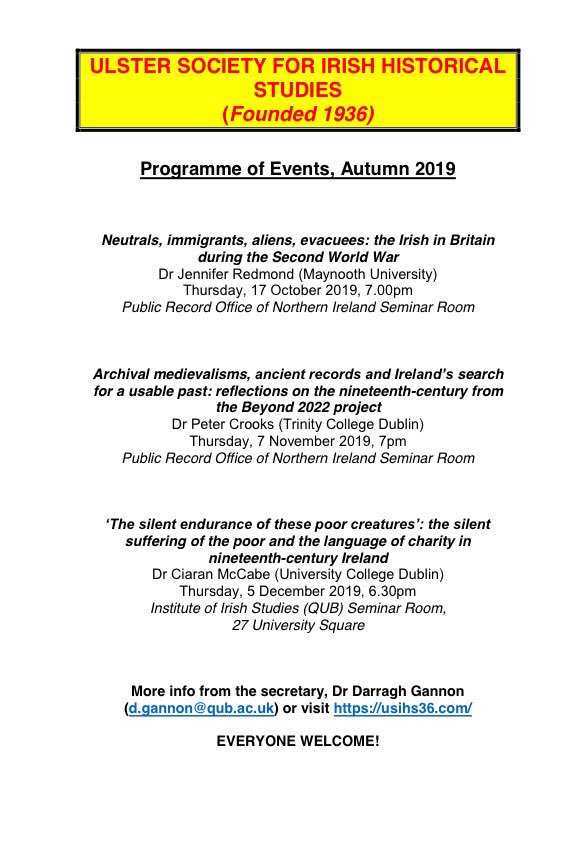 Prof Diane Urquhart (University of Liverpool) will speak on:

‘Like diamonds, gambling, and picture-fancying, a luxury of the rich’? Ireland’s divorcing minority, 1701-1922

Listen to the Audio Track:

Thursday 6 June at 7pm, Public Record Office of Northern Ireland (Preceded by a drinks reception from 6.30 in PRONI Lobby)

“Like diamonds, gambling and picture-fancying, a luxury of the rich’?: Ireland’s divorcing minority, 1701-1922’

The legalisation of divorce in the Republic of Ireland in 1996 was heralded as epoch making but this was the third incarnation of Irish divorce. Early Irish law allowed divorce to be attained by a parliamentary act in both the Irish parliament and Westminster.

The Divorce and Matrimonial Causes Act of 1857 moved divorce in England to a court-based process, however Ireland was excluded from the Act and this would endure until 1922. Parliamentary divorce continued to be maligned as complex, costly and gender biased but Irish citizens brought divorce bills forward with an increasing regularity from the late 19th century onward.

This lecture explores this changing social, religious and gender profile of Ireland’s divorcing minority to consider whether divorce remained ‘a luxury of the rich’.

Diane Urquhart is Professor in Modern Irish History at the Institute of Irish Studies of the University of Liverpool. A graduate of Queen’s University Belfast, she has published extensively on Irish women’s history including Women in Ulster Politics, 1890-1940 (2000) and The Ladies of Londonderry: women and political patronage (2007). Diane has just completed Irish Divorce: a history which is the first history of Irish divorce and will be published by Cambridge University Press in 2019.

Ireland has had a long tradition of local history societies dating back to the nineteenth century. The publication of Doing Irish Local History: Pursuit and Practice in Belfast in 1998, edited by Raymond Gillespie and Myrtle Hill, marked a milestone in the teaching of the topic within academia. The range of local history societies, local journals and magazines all testify to the health of local history in the parishes and counties of Ireland. The Federation for Ulster Local Studies in Ulster and the Federation of Local History Societies in the rest of the island are both evidence of the desire of local societies to come together and share common concerns about the problem of doing local history in an Irish context. Accessibility to archival sources, both through archival services and digitally have transformed the field, and the variety and volume of decade of centenary events attests to the vibrancy of both local and public history.

With this in mind, this symposium will bring together those interested in local history for a discussion on methodology and practice in the field. All are welcome.

The speakers are Prof. Raymond Gillespie (Maynooth) and Dr Olwen Purdue (QUB). The proceedings will be chaired by Prof. Steven Ellis (NUIG).

Listen again to the audio track: